If you could do the Nt, South Australia and Wa that would be awesome and the Nullabour.
Translate to
Show original text
Top

Hi everyone its good to be hear and yes i am a virgin no more .First i would like to suggest good old Tasmania as a starting place for some understandable reasons firstly it's the first place in the world for public transport ( ok bye rail i know ) it was a actually a wooden rail system that used convicts as horsepower to push a rather dangerous wooden cart .And hear in Tasmania now we only use trucks since the late 70's for all ground transport. And so size is everything and tas is small but large enough for a really good start map .In real life you can travel from one end to the other in just 4 hrs with great diversity on the way ,we have a ferry to the mainland and other smaller surrounding islands plus we also have mines logging and regular logistics .We even have a sea bridge too one of our smaller islands.Tasmania is an ancient place on earth and a great deal of it is still wild and untamed with great riches in mineral and agriculture.So in short i hope u can too see how tasmania is a great starting map too explore the map of Australia.
Translate to
Show original text
Top

Aus is too big you should do New zealand instead :)
Translate to
Show original text
Top

Sounds like an awesome idea guys!!!! I personally think Norhern territory would be a good start because of the amount of outback, I think starting in the outback would give people a good feel of some of Australia. I also think it would make an intersting starting point, for driving that is

i think personaly be in WA (Western Australia). it is long baron on it visits places like broom, Kalgoorlie and Kalbarri national park. they are some of the places here and maybe we could be able to go to the in-land stations and do live stock exports to other stations. here it would also visit historic places like Northampton. the only one I can think of. but if it was up to me I would start in western Australia just because it is my home state. also I would like for it to go through my home town and towns that I know/been to, and don t forget a bout the regional areas. and we (WA) have one of the largest iron ore exports and we (WA) are behind Brazil
Translate to
Show original text
Top

Being from Wollongong also I'm very interested to see RTA's interpretation of this now major hub especially being in such close vicinity to Sydney!
Translate to
Show original text
Top

i dont care where it starts, i just want an australian map
Translate to
Show original text
Top 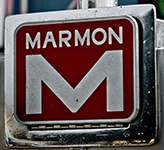 Did I mention NSW lol

Yes pls that would be great.
Translate to
Show original text
Top

whilst I like the IDEA of an aussie map or actual game..

at this present if you intend to use either ats or ets2 as the building block solution as the core of the physics engine then don't bother and here is the reason why until we get a solution where we can have multiple pivot points so we can service b-train, b-train doubles and b-train triples, road trains in 2, 3, 4 and 5 trailer sets, and heavyhaul with dolly/dog variants, it becomes a pointless to develop a map based solution never mind the legals of not using pilots when required by laws..

not to mention multiple heavy haul trailers and so forth

i'm not perfect by any means

unless you are going to build a new game and port all the crap from ets2 and ats in regards to trucks and trailers and seek licensing arrangement with every vendor the reality developing other parts of the world becomes pointless because your mods in regards to trailers are not fully functional and until such time as scs bothers to add the parameters for multiple trailers developing a mapping solution where you have a true world of trucks and places across the world where people drive trucks for a living.. a true game will never exist..
in my opinion ats and ets2 they are nothing buy a beta game that should of never seen the light of day because there s going to become the day eventually where you will need to scrap the graphics engine currently being used and start over again ..

I would pay upto $120 AUD for a game that actually functions as intended and has a complete mapping system and no lockouts with full map exploration..

when i look at it, it looks like they started with the novalogic graphic engine of the delta force series..

don't get me wrong i see promise in these games though in its current format it is unusable for the most part..
Translate to
Show original text
Top

though what is missing in ATS and ETS2 is the ability to to haul various cargo within a roadtrain context or even heavy haulage circles..

If you are making a new game then be including multi pivot options as it is this lack of incite that lacks the issues with mods in the game and looks bloody retarded not having a feature in a game that should be there by default..

the bigger issue with modeling australia is the roads change so quick you be lucky if the map that gets created for this year would last 12 month's..

you would literally have to allow for extension once something becomes actively used...

not sure about other states though here in WA you would have allow for additional map space...

unless you are doing a open world concept it really becomes pointless trying to build a trucking sim in australia as you would be needing to include all the road to be accessed because we have idiot car drivers kicking the shit of thing when thy hit something and block off exit points from the city creating a diversion and you would also need to model in bushfire season as that can shut down road like a bad smell..
Translate to
Show original text
Top


though Like for any other game out there on the trucking industry as a whole unless you have the legals in place on the trailers whether you buy new secondhand you will have to consider trademark issues with trademark of each truck and customized trailer vendor.

I'm all for a australian trucking game or even a world based trucking game with an open sandbox type game play and owning your own specialized moving equipment Though no matter on how and where you deliver this/these games you would first need to seek legal support all truck manufacturers and specialized equipment truck and trailer manufacturers..

this is the biggest failure point in ets2 and ats

whilst you have a cottage industry in making mods are you actually under license from all manufacturers of trucks and trailers???

unfortunately I doubt whatever licenses you hold under content creation that scs gives you to create content for both ats and ets2 and any other truck sim they have in production.. I doubt the license will cover you under trademark..
Translate to
Show original text
Top 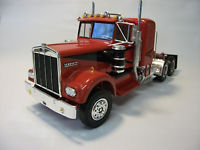 I live in NSW but think the map should start in Qld then NT>NSW>Vic>SA>WA (or WA>SA). There's a lot of road trains in both Qld and NT, Starting in Qld should see a good mix of city/country driving and enable map up grades to expand easily to NT.
Translate to
Show original text
Top


at this stage there is only QLD, NT, WA and SA is the only options at present can't comment on NSW an Victoria at present in regards to road word both above and below ground.
Translate to
Show original text
Top
Post Reply
66 posts